As VisualGDB 5.5 is getting ready to become a stable release, we are happy to announce one of the last preview builds of the v5.5 branch. This version contains various improvements based on the feedback we received during the v5.5 development cycle and makes several common tasks easier. 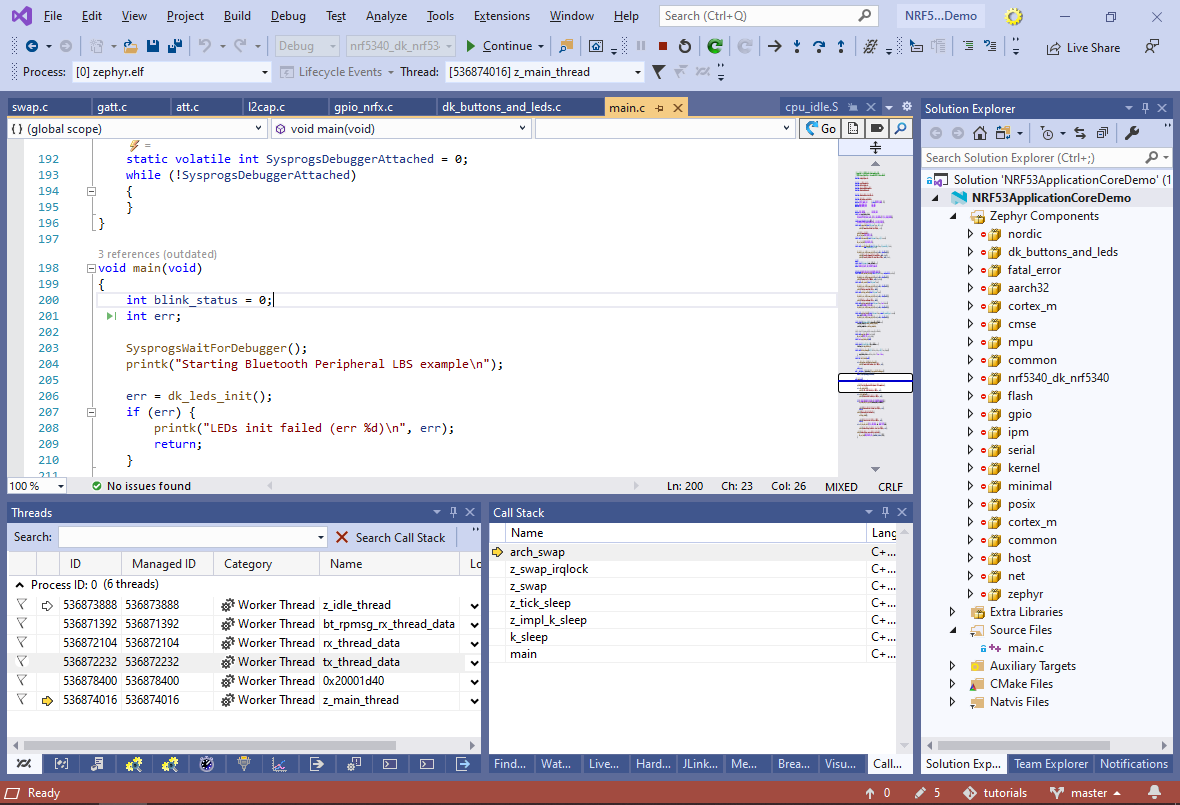 Similarly to the existing Advanced Project subsystems for Mbed, ESP-IDF and Arduino, we have added another one for the Nordic NRFConnect SDK. It supports the new nRF5340 and nRF9160 devices, as well as the existing nRF52 family and contains everything you need to be productive with your IoT projects. This includes a graphical editor for the NRFConnect configuration, thread state decoder for the Zephyr OS, and an automatic mapping of statements like zehpyr_compile_definitions() to VS properties: 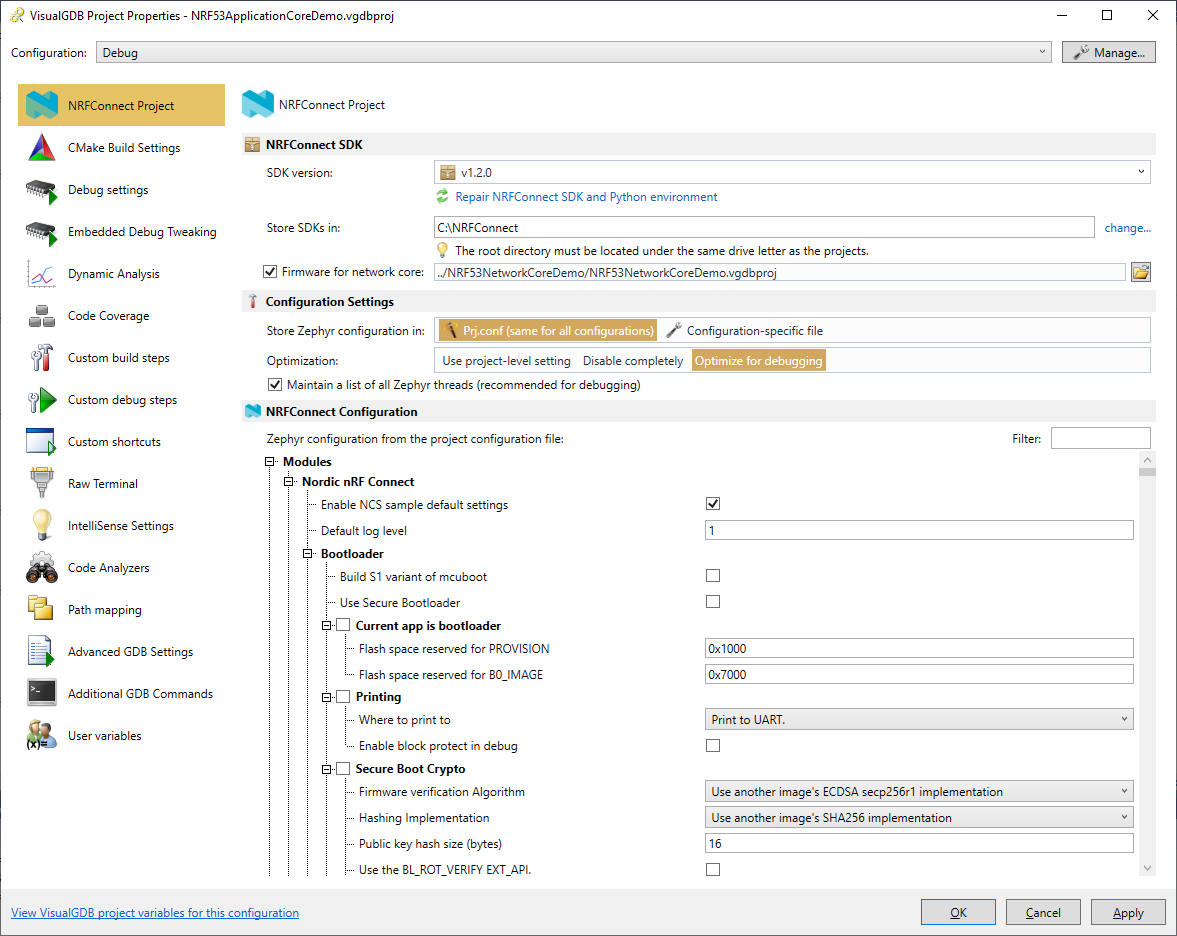 If you are using VisualGDB’s Advanced CMake Project Subsystem to manage large multi-target projects that need to support multiple platforms, we have good news for you. VisualGDB 5.5 Preview 6 now allows defining completely arbitrary sets of platforms and configurations for Advanced CMake projects. Each platform or configuration can override, or extend a subset of the project’s properties, so you no longer need to duplicate them: 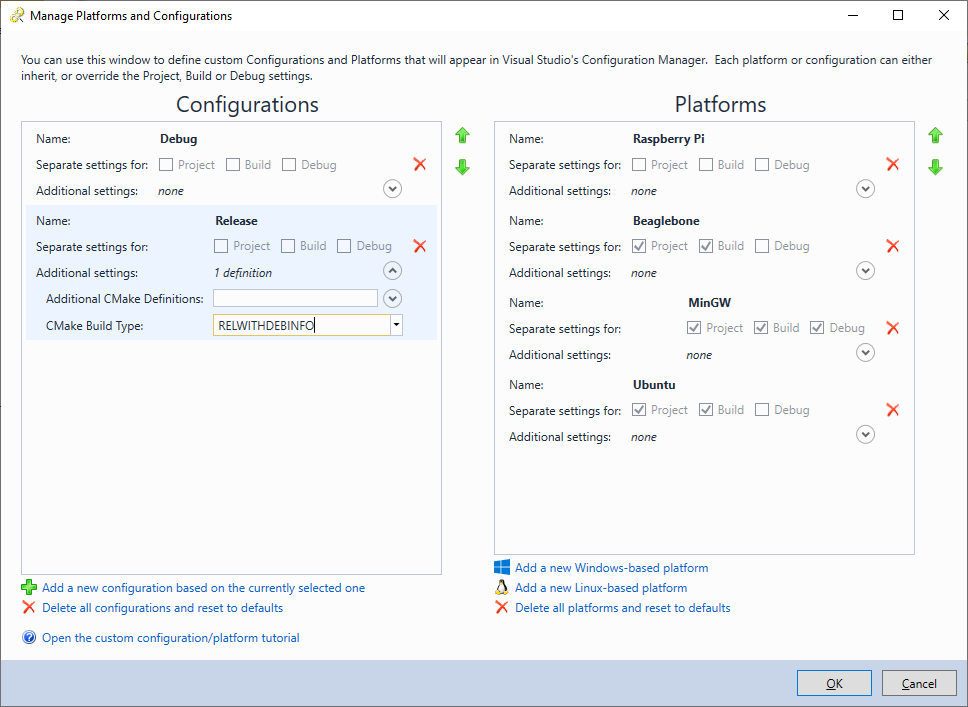 As NXP SDKs are getting more modular and contain everything that is needed to target (and debug) a specific device, we have improved our integration with the MCUXpresso platform. You can now configure VisualGDB to import the LPC-Link debug configuration from the MCUXpresso IDE, adding support for any NXP device that works with MCUXpresso itself: 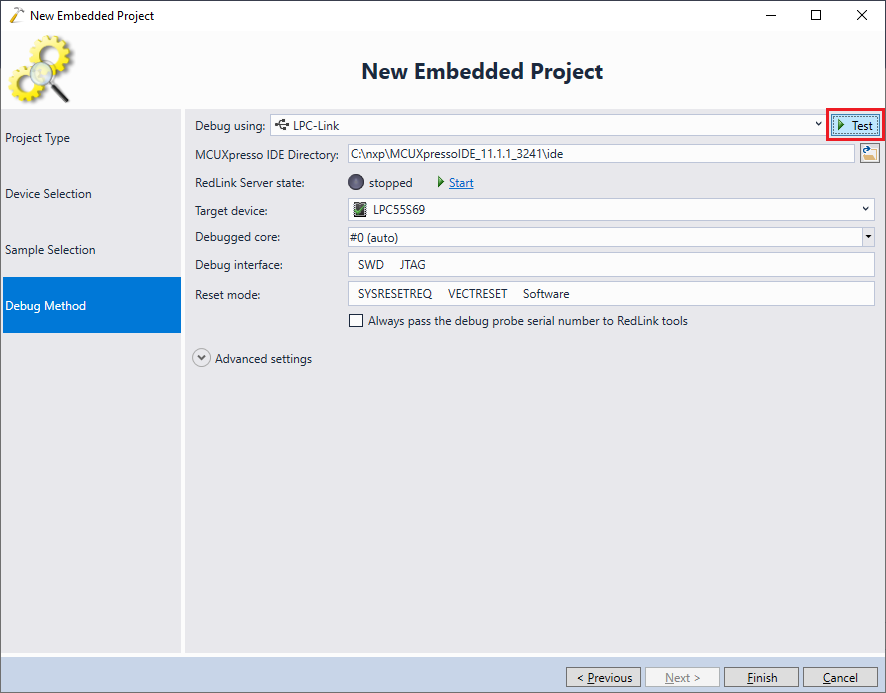 This includes programming the FLASH memory (even for devices not supported by OpenOCD), simultaneously debugging multiple cores of the same device with LPC-Link, and using Live Watch the same way it works with OpenOCD and J-Link.

VisualGDB 5.5 Preview 6 also includes a few improvements to the MSBuild backend. First of all, you can now configure it to generate Ninja build scripts for projects built on Linux. This improves the build time and prevents mixing of error messages from multiple build threads.

Second of all, both local and remote projects can now automatically use subdirectories for object files, so if you are importing a large project with multiple source files having the same name, it no longer breaks the build.

We also improved support for out-of-project source directories. Simply add them to the Synchronized Folders, Custom Build Steps, or Path Mapping page of VisualGDB Project Properties, and the MSBuild back-end will recognize them and automatically translate source file and include directory paths.

VisualGDB 5.5 Preview 6 includes several other improvements and fixes. We have optimized debugging performance with gdb stubs producing heavy output, fixed a few glitches in the new Visual Watch GUI and improved handling of Keil components stored under %LOCALAPPDATA%. You can download the new preview build on the download page. If you have any feedback, don’t hesitate to reach us out via our support form or the VisualGDB forum.