After several preview builds of VisualGDB 5.0 with the new Clang-based IntelliSense engine introducing features from precise code suggestions to fast find-all-references, we are now proud to release the first beta of VisualGDB 5.0. The beta adds a few more features targeted at C++ development productivity:

Let’s have a detailed look at those new features.

We have added support for C++ code to the CodeMap feature introduced in Visual Studio 2012 for managed code. It works seamlessly just like for C# code: right-click on a function, variable or a field in Visual Studio and select “Show on Code map”: 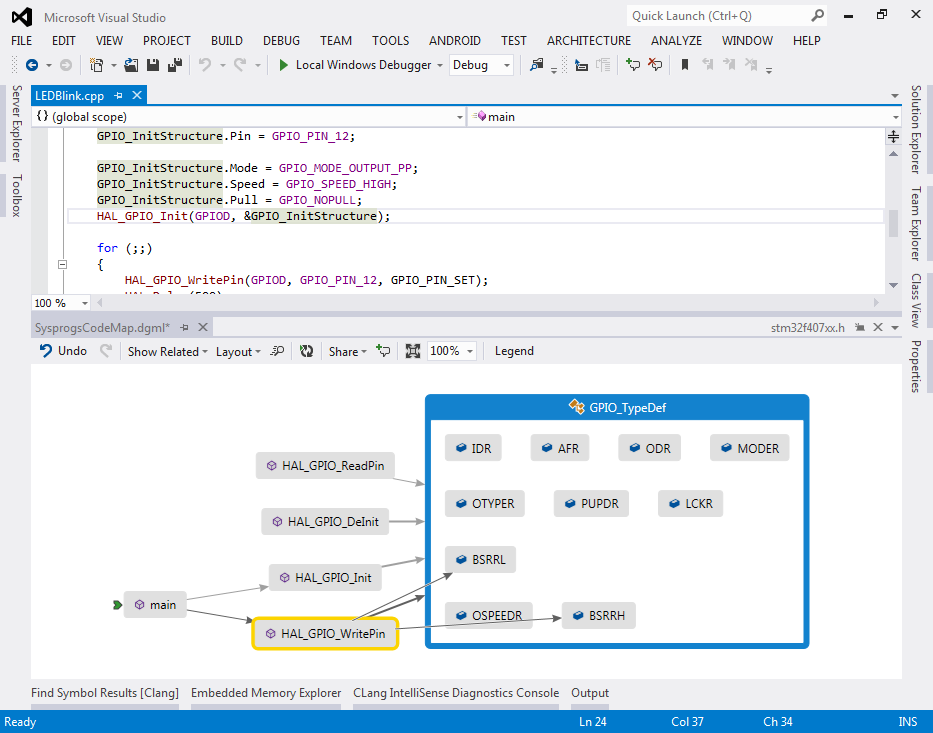 You can then right-click on the CodeMap block to view:

The CodeMap uses the same heavily optimized code database that we use for go-to-definition and other commands, so running a query takes seconds even for huge code bases like the Linux kernel.

We have added support for seamless renaming of C++ entities. Each time you edit a name of a C++ declaration, VisualGDB will create a smart tag allowing you to rename all references with just one click: 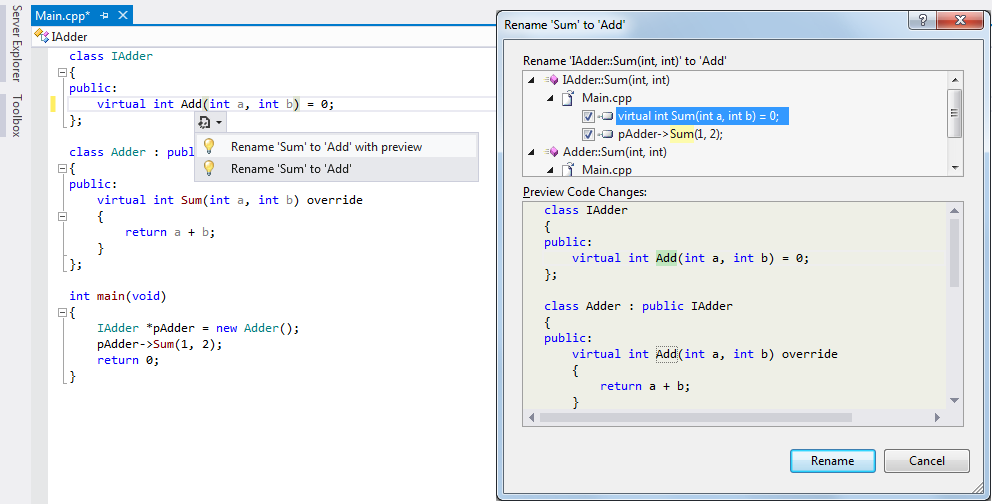 Renaming logic automatically discovers overriding/overridden methods in base and derived classes, so renaming a method in an interface won’t break inheritance. Renaming also works for preprocessor macros and updates constructors/destructors when renaming classes.

We have automated the most annoying routine tasks associated with C++ coding. First of all, when you type in a new function or method declaration, VisualGDB recognizes that and offers to generate implementation in the source file. It takes care of the argument indentation and even prefixes nested type names correctly:

When adding implementations for constructors, you can select to generate an initialization list and VisualGDB will automatically create one for you. The indentation and positions of commas can be configured via code formatting settings.

Finally, we have added support for implementing interfaces. When VisualGDB detects that a class that inherits from another class does not override some of its pure virtual methods, it will show a smart tag allowing to implement missing methods with just one click:

You can try out the new beta at the VisualGDB download page. And do not hesitate to send your suggestions and bugreports via our support form.