This tutorial shows how to use VisualKernel to debug Linux kernels with KASLR enabled.

KASLR (Kernel Address Space Layout Randomization) is a technique that provides an extra layer of protection against certain types of attacks by changing the kernel load address each time the system is started. Although it increases the system security, it complicates debugging a KASLR-enabled kernel, as the debugger would require extra steps in order to map the functions and data in memory to the corresponding debug symbols, that won’t have matching addresses anymore, as the addresses of kernel symbols change after each restart: 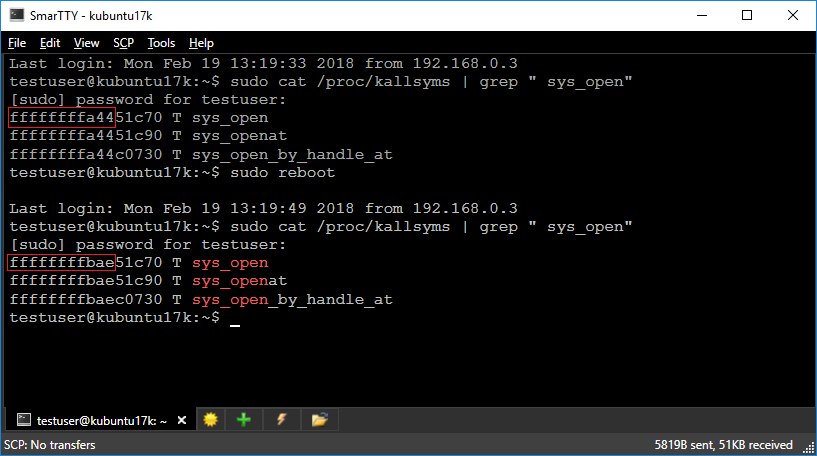 In this tutorial we will create a basic kernel module under a KASLR-enabled kernel and will show how to debug it in both regular and post-mortem modes. Before you begin, install VisualKernel 3.0 or later.